The Most Dangerous Word in the Bible

A Plot to Kill Paul

12 When it was day, the Jews made a plot and bound themselves by an oath neither to eat nor drink till they had killed Paul. 13 There were more than forty who made this conspiracy. 14 They went to the chief priests and elders and said, “We have strictly bound ourselves by an oath to taste no food till we have killed Paul. 15 Now therefore you, along with the council, give notice to the tribune to bring him down to you, as though you were going to determine his case more exactly. And we are ready to kill him before he comes near.”

16 Now the son of Paul’s sister heard of their ambush, so he went and entered the barracks and told Paul. 17 Paul called one of the centurions and said, “Take this young man to the tribune, for he has something to tell him.” 18 So he took him and brought him to the tribune and said, “Paul the prisoner called me and asked me to bring this young man to you, as he has something to say to you.” 19 The tribune took him by the hand, and going aside asked him privately, “What is it that you have to tell me?” 20 And he said, “The Jews have agreed to ask you to bring Paul down to the council tomorrow, as though they were going to inquire somewhat more closely about him. 21 But do not be persuaded by them, for more than forty of their men are lying in ambush for him, who have bound themselves by an oath neither to eat nor drink till they have killed him. And now they are ready, waiting for your consent.” 22 So the tribune dismissed the young man, charging him, “Tell no one that you have informed me of these things.”

Paul Sent to Felix the Governor

23 Then he called two of the centurions and said, “Get ready two hundred soldiers, with seventy horsemen and two hundred spearmen to go as far as Caesarea at the third hour of the night.[a] 24 Also provide mounts for Paul to ride and bring him safely to Felix the governor.” 25 And he wrote a letter to this effect:

26 “Claudius Lysias, to his Excellency the governor Felix, greetings. 27 This man was seized by the Jews and was about to be killed by them when I came upon them with the soldiers and rescued him, having learned that he was a Roman citizen. 28 And desiring to know the charge for which they were accusing him, I brought him down to their council. 29 I found that he was being accused about questions of their law, but charged with nothing deserving death or imprisonment. 30 And when it was disclosed to me that there would be a plot against the man, I sent him to you at once, ordering his accusers also to state before you what they have against him.”

31 So the soldiers, according to their instructions, took Paul and brought him by night to Antipatris. 32 And on the next day they returned to the barracks, letting the horsemen go on with him. 33 When they had come to Caesarea and delivered the letter to the governor, they presented Paul also before him. 34 On reading the letter, he asked what province he was from. And when he learned that he was from Cilicia, 35 he said, “I will give you a hearing when your accusers arrive.” And he commanded him to be guarded in Herod’s praetorium.

Paul Before Felix at Caesarea

24 And after five days the high priest Ananias came down with some elders and a spokesman, one Tertullus. They laid before the governor their case against Paul. 2 And when he had been summoned, Tertullus began to accuse him, saying:

“Since through you we enjoy much peace, and since by your foresight, most excellent Felix, reforms are being made for this nation, 3 in every way and everywhere we accept this with all gratitude. 4 But, to detain[b] you no further, I beg you in your kindness to hear us briefly. 5 For we have found this man a plague, one who stirs up riots among all the Jews throughout the world and is a ringleader of the sect of the Nazarenes. 6 He even tried to profane the temple, but we seized him.[c] 8 By examining him yourself you will be able to find out from him about everything of which we accuse him.”

9 The Jews also joined in the charge, affirming that all these things were so.

10 And when the governor had nodded to him to speak, Paul replied:

“Knowing that for many years you have been a judge over this nation, I cheerfully make my defense. 11 You can verify that it is not more than twelve days since I went up to worship in Jerusalem, 12 and they did not find me disputing with anyone or stirring up a crowd, either in the temple or in the synagogues or in the city. 13 Neither can they prove to you what they now bring up against me. 14 But this I confess to you, that according to the Way, which they call a sect, I worship the God of our fathers, believing everything laid down by the Law and written in the Prophets, 15 having a hope in God, which these men themselves accept, that there will be a resurrection of both the just and the unjust. 16 So I always take pains to have a clear conscience toward both God and man. 17 Now after several years I came to bring alms to my nation and to present offerings. 18 While I was doing this, they found me purified in the temple, without any crowd or tumult. But some Jews from Asia— 19 they ought to be here before you and to make an accusation, should they have anything against me. 20 Or else let these men themselves say what wrongdoing they found when I stood before the council, 21 other than this one thing that I cried out while standing among them: ‘It is with respect to the resurrection of the dead that I am on trial before you this day.’”

22 But Felix, having a rather accurate knowledge of the Way, put them off, saying, “When Lysias the tribune comes down, I will decide your case.” 23 Then he gave orders to the centurion that he should be kept in custody but have some liberty, and that none of his friends should be prevented from attending to his needs.

24 After some days Felix came with his wife Drusilla, who was Jewish, and he sent for Paul and heard him speak about faith in Christ Jesus. 25 And as he reasoned about righteousness and self-control and the coming judgment, Felix was alarmed and said, “Go away for the present. When I get an opportunity I will summon you.” 26 At the same time he hoped that money would be given him by Paul. So he sent for him often and conversed with him. 27 When two years had elapsed, Felix was succeeded by Porcius Festus. And desiring to do the Jews a favor, Felix left Paul in prison.

Keep them out of the landfill.

Help Girl Scouts earn money to travel to the International Jamboree in England.

You can do all of this by simply donating your shoes. Please don’t donate shoes that have been worn out and are no longer usable.

There is a box in the entryway at Wesley Church and other throughout the southern end.

We’re starting a network-wide bible study with weekly video introductions by Francis Chan and David Platt. Pastor Blake & Pastor Rich are inviting the whole church family to join us in this adventure of living out real Christianity. You can join us either on Tuesdays at 6:30pm or Thursdays at 9:00am starting October 5th & October 7th.

The Wesley Men's Ministry Cruise In

The Men’s Ministry is looking for 10 men to help with the Cruise In on September 25th from 7:00am to 2:00pm. Please contact Earl Rutledge at 717-201-8916 if you are interested in helping out with this ministry.

Men’s Ministry is having their next Men’s Breakfast coming September 18th starting at 8:00am. If you are interested please register at the Men’s table in the Great Hall. 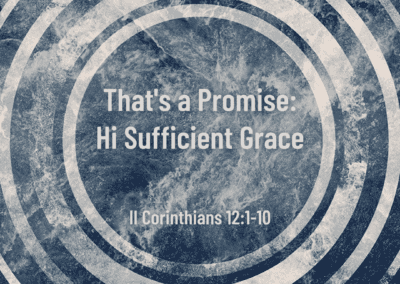 That’s A Promise: His Sufficient Grace 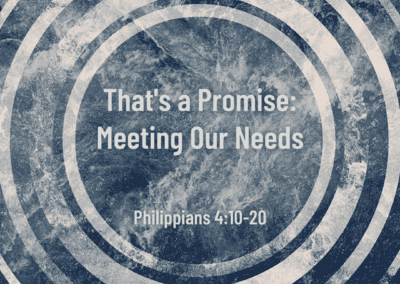 That’s a Promise: Meeting Our Needs