God’s grace operates in our lives before we receive Jesus Christ as our Savior and Lord. It comes while we are still sinners (Romans 5:8). God is always the initiator in the relationship. He moves first. Let me illustrate. Suppose a 10-year-old girl decides she will explore the forest behind her house. She believes that finding her way back will be simple, but after several hours of adventure, finding new flowers and frogs, things begin to look different behind her. Instead of getting closer to home, she finds that nothing now seems familiar, and the setting sun makes her heart beat faster than it should.

Dinner time is the first moment when her mother realizes that her little girl is no longer in their backyard. InsHnctually, this mother looks at the forest behind their house with terror. She calls and calls her girl for supper, but there is no response. The little girl’s father comes home from work and he begins calling. When she doesn’t respond, the father begins to look in the forest. Aber two hours of searching, the mother calls some extended family and friends. They search through the night. As both dawn and the father’s heart breaks, he can no longer refrain from thinking thoughts that no father should have to think. He has been searching through the night. His arms are bleeding from thorns and thistles in the forest. He is tired and afraid. He makes his way to a clearing and on a large rock, he sees his little girl sleeping. He runs to her and libs her into his arms. She wakes, rubs her eyes, and wraps both arms around her father. She exclaims: “Daddy, I found you!”

Rawlinsville Camp Meeting is BACK!

Please consider helping out with lunch, dinner, or making a dessert on Wesley Day at RCM on Wednesday, August 4th. It’s always a good time to meet new people and a joy to serve others. Help a little or a lot. Sing-up by stopping by the Welcome Center, or CLICK THE LINK to sign-up for a shift.

IMPORTANT NOTE: The RCM kitchen falls under the rules of the Dept. of Ag and is inspected during camp meeting. As of right now the Dept. of Ag is requiring staff to wear a mask while in the boarding house. We are allowed to step outside to take a break without it. This applies to vaccinated and unvaccinated individuals. You are also required to wear a hat, visor or hairnet and gloves while in the kitchen.

We have 2 opportunities for getting CPR & First Aid Certified. You must attend BOTH Wednesday mornings to get full credit.

Classes will be at Colerain Church

If you’re interested you can email us at info@wesleyqville.org

August 21st & 22nd we will be having our Young Adults retreat to South Seaville, NJ

Worship and Teaching brought to you by Rich and Zach Stevenson.

Come join us for Food, Beach and Boardwalk that finished with joining the Avalon Beach Church service that Sunday morning

Wesley has a great volunteer meal ministry and I’d like to say THANK YOU, you all who have blessed many of our families with meals this pas year! As our needs vacillate, we’d like to prepare crockpot meals in advance, keeping them in the freezer that can be handed out to individuals and families when situations arise.

A shout out to Tina Hills who did an amazing job of compiling the recipes and ingredients! In an effort tot keep costs down and not tap into the congregational care budget, I’m looking to our volunteers to supply ingredients. If you’d like to contribute some items, please click on the sign-up and let us know of your contribution. Please bring items to the kitchen and deposit into the box marked “Meal Ministry Food Items”

Every Saturday Morning 8:30am

Wesley Garden will have scheduled workdays every Saturday morning. All are welcome to help with a variety of tasks to do depending on what you are comfortable in doing. Any help would be greatly appreciated.

Watch the Other Chapters of Altogether New Life 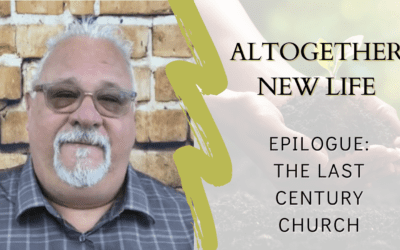 I’ve got a confession to make. I love the Church. This isn’t a puppy love, or a naïve love. I’ve loved the Church for a long time. I grew up in it; I’ve seen Her best and Her worst. I’ve played a lot of positions on the Church team: pastor, evangelist, church planter,... 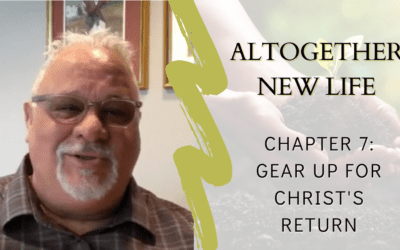 The disciple Peter watched Jesus go up in Acts 1. Can you imagine? One minute Jesus is promising dynamite like power so that the Word gets out to Jerusalem and ultimately the ends of the earth, and the next, you see sunlight between His feet and the ground. Your... 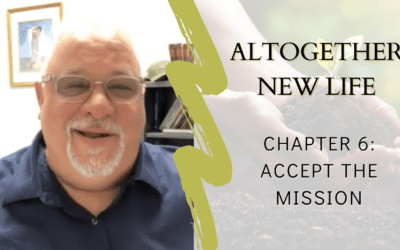 I grew up watching Mission Impossible. I’m not talking about the Tom Cruise blockbusters, I’m talking about the Peter Graves TV series. Who can forget the opening scene where Peter’s character would get the casseFe taped invitation to the mission (should he choose to... 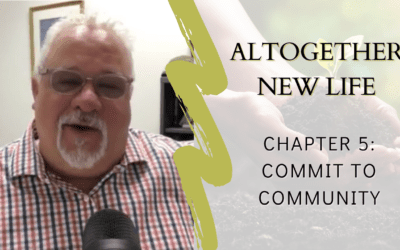 I believe that we have over-individualized Christianity. We talk about personal salvation and personal holiness. We keep people accountable to their personal devotions. We challenge believers to find out what their personal spiritual gibs are. Christianity seems very... 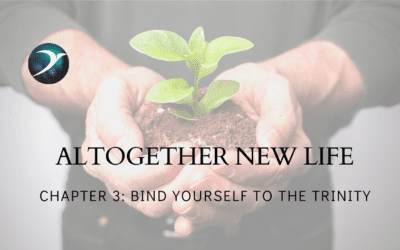 Altogether New Life – Chapter 3: Bind Yourself to the Trinity

The principles that a Christian believes in are called doctrine. One of the most important doctrines that we have believed since early Christianity has to do with the Trinity: Father, Son, and Holy Spirit. For many of us in the Church, it is accepted but not explored.... 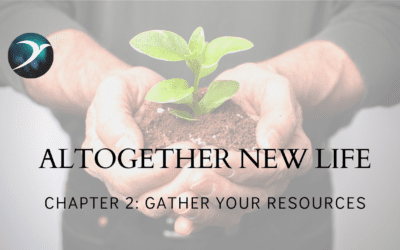 Christianity comes with the promise that our Father will supply all of our needs according to the full inheritance that has been given to His Son, Jesus (Philippians 4:19). As has been already described in this booklet, four of the most important resources that God... 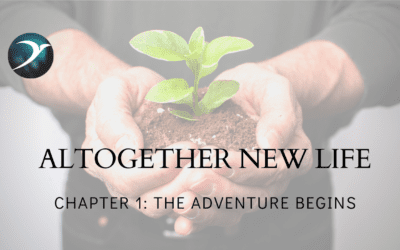 An adventure is typically an activity that involves risk, danger, and excitement. That is certainly a good description of new life in Jesus Christ. And this is especially true in our Home. We may very well be seeing the last generation before the return of Jesus. The... 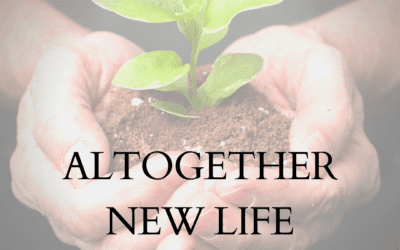 Altogether New Life is a tool to help get people in God’s amazing family together. God doesn’t intend that any of us make it on our own. Rugged individualism may be American, but it is not ChrisHan. In God’s family, we are called to a whole lot of “one anothers”: be...